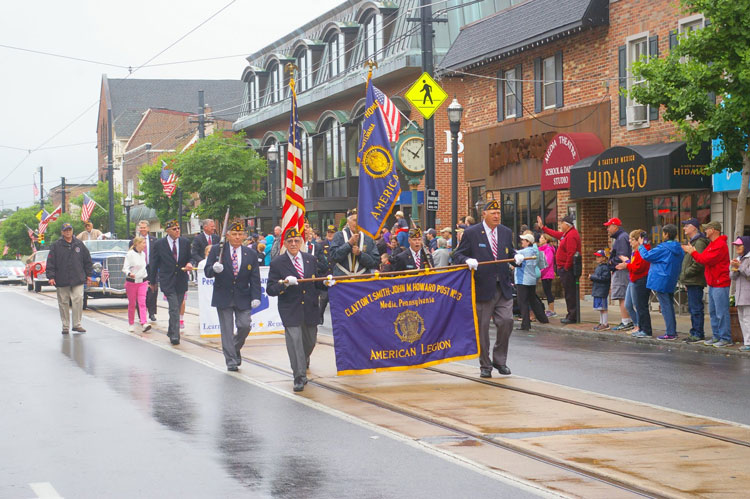 We are excited to announce the upcoming 2019 Veterans Day Parade in Media, PA!

The talented students from our local middle and high school bands will be providing music for the parade. At this time, dignitaries expected include Pennsylvania Senator Bob Casey, and Pennsylvania Representatives Leanne Krueger, Mike Zabel, and Jennifer O’Mara.

The Grand Marshal of 2019 is Robert John, the PA State Commander of the American Legion.

This year, we are celebrating the 100th Anniversary of the American Legion. We’re inviting all A.L. posts in Pennsylvania to walk in the parade! Representatives can walk on the parade, and we are able to accommodate those who are unable to walk.

Click here to register to march in this year’s parade.

Another of our goals is to encourage Iraq and Afghanistan veterans to join the American Legion, which is also the focus of the annual essay contest. Our top 3 essayists will be invited to read their work at the ceremony after the parade. Cash prizes will be available to first, second, and third place in the amounts of $250, $200, and $150.

The parade will begin at 11:11 AM on 11/11 at the corner of State and Edgmont Streets. In the event of rain, we’ll have the parade at the Media Theater.

Following the parade will be a ceremony at the Delaware County Courthouse on Front Street.

SEPTA trolley line 101 will be shut down at 10 a.m. on 11/11. However, it will still be running up to Providence Road, so you could still take the transit to the parade.